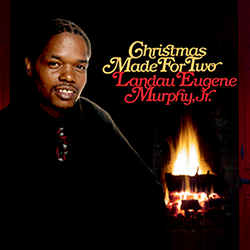 ×
Update Required To play the media you will need to either update your browser to a recent version or update your Flash plugin.

The album, recorded in West Virginia with producer/engineer Ritch Collins and audio mastering by Jeff Bosley features Landau’s trademark rich vocal textures backed by an all-star lineup of musicians (including several members of Murphy’s touring band). Highlights include up-tempo, horn driven takes of White Christmas and Santa Claus Is Coming To Town along with romantic fireplace and mistletoe ballads like The Christmas Song (Chestnuts Roasting On An Open Fire) and I’ll Be Home For Christmas.

Fresh, jazzy spins on Let It Snow and I’ve Got My Love To Keep Me Warm blend perfectly with holiday originals including Quiet Christmas by jazz piano great Bob Thompson and the title track Christmas Made For Two from veteran Nashville songsmiths Jeff Peabody and Scott Krippayne. A heartfelt duet featuring Landau and former Temptations lead vocalist Glenn Leonard on a spiritual, understated Silent Night round out the album. Leonard reprises his lead vocal on the classic from the smash hit Temptations Christmas album, which is heard on radio stations around the world every holiday season.

We have a feeling that Murphy’s own Christmas Made For Two is sure to be in perennial heavy rotation around many a Christmas tree for many years to come.